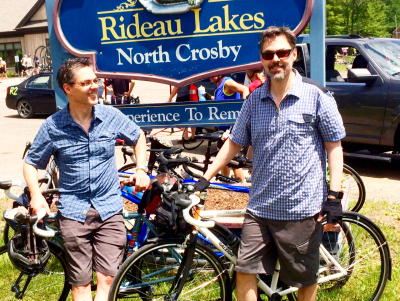 This past weekend, my brother and I completed the Rideau Lakes Cycle Tour, a two-day ride put on by the Ottawa Bicycle Club from Ottawa to Kingston and back. This was my third time; my brother has probably done it a dozen times. There were about 2,000 participants, mostly hard-core spandex-wearing cyclists.

The ride was about 171km (106 miles) each way, so not something you can just show up and do without training. Luckily I was able to do a few 100k+ rides in the past month. We rode with a buddy of my brother's and occasionally tagged on to larger groups, but mostly it was just the three of us. The route is via backroads of southern Ontario through Ashton, Perth, Westport mostly through rural farm areas. (You can view the detailed map and elevation at MapMyRide.) Although the roads are not closed to traffic, generally drivers are well behaved and give a wide berth to cyclists. There are rest areas about every 35-45 km where you can load up on Gatorade, sandwiches etc. The rest stops are manned by local community organizations raising money for charities. So chow down on those date squares and cookies! 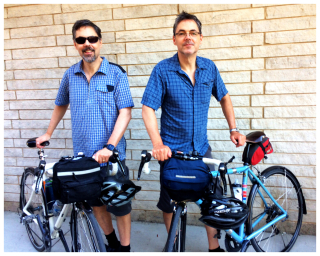 The first day was good, but by the time we got to Perth, the weather was heating up. It's a scenic ride, but I couldn't convince the others to stop for too many photos.

There were a lot of high-end bikes on the ride. My brother had recently talked me into buying an expensive custom bike built by Hugh Black of True North Cycles. They're titanium frames with S&S Couplers so they can be broken down for travel. We had our bikes kitted out to look like the first ten-speed bikes we bought as kids: mine a Raleigh Record and my brother's a CCM Targa. We had quite a few shoutouts "OMG is that a real Targa?" CCM bikes were very popular in Canada in the 1970s.

The last 30km into Kingston had a headwind as well as some hills, so that was slow going. Not to mention the congestion on the last 10k. Still, the beers at Queens University were excellent and there was plenty of carbo-loading. We skipped the organized University cafeteria dinner in favor of a walk into town to a nice Italian restaurant for more beer and pasta.

Knowing the temperatures were going to be 10F warmer on the return trip, we hit the road at sunrise and took our first break for iced coffee in Westport at 57k. Things got progressively warmer through the day, but we had a nice tailwind for the last 100k and were able to cruise along the flats at speeds around 40kmh. I've done this ride in higher temperatures and in the cold rain, so this was definitely an improvement. 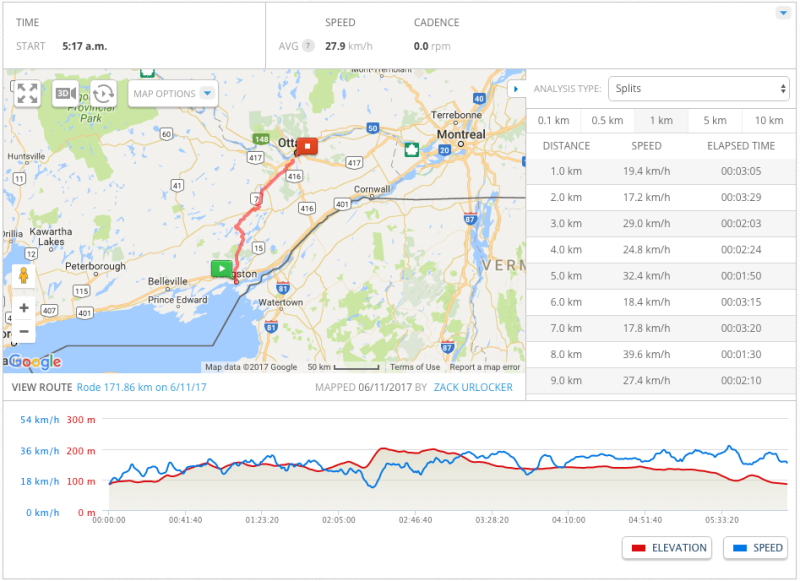 More Gatorade, iced coffee and an ice cream sandwich at the last rest stop and we finished up in Ottawa with a couple of cold beers at Algonquin College by 1:30pm. It was 85F when we made it in and temperatures continued to rise from there.

Despite the large group, Ottawa Bicycle Club does an excellent job organizing the ride, managing the bag drop logistics, accommodations, rest stops etc. And thank goodness for Canadian beer at the end of each day.

Thanks for sharing noble work u are Greatest keep riding