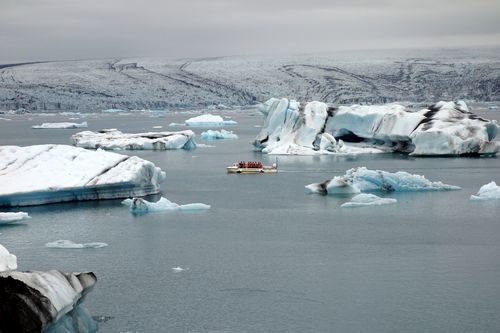 I tell you, it's not easy getting away from the hustle and spin of Silicon Valley.  But I'm down with the whole #unplug thing while I'm in Iceland.  Heck, I'm not even sure they have the Interweb here.  So I'm making a point of being offline from cell phone calls, instant messaging, email, Blogger, Buzz, Digg, Facebook, Facetime, Flickr, Foursquare, Google+, Instagram, Linkedin, Myspace, Ning, Picasaweb, Quora, Skype, Typepad, Twitter, Yammer, Yelp, Youtube and every other productivity-enhancing social-networking unified messaging cloud infrastructure SaaS virtual distributed open source crowdsource system I've signed up for.  Yep, total silence.  Just me and my goold ol' Google Reader exploring the outer Yak Whispering regions of Iceland.

Nothing like exploring a glacier river lagoon to help get away from things. Here are some photos of local Jökulls at Jökulsárlón.

One thing I forgot to ask the Kleiner guys just how many Yaks there are in Iceland.  They're hoping for some major revenue growth, so I sure hope it's big.