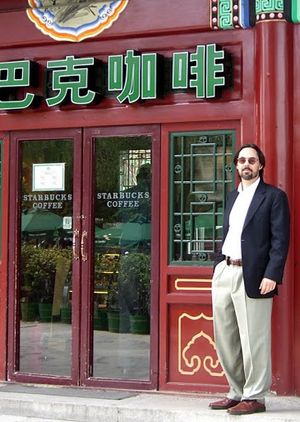 I don't know why the Kleiner-Perkins guys didn't think of this earlier, but I think they could have turned the www.yakwhisperer.com social networking site into a massive opportunity here in Mongolia instead of selling it off as soon as the going got tough.  I mean, where would the Yak herders and Yak shavers be if they did the same thing.  I'll tell ya, they wouldn't be cooling their jets playing 18 holes at Half Moon Bay waiting for Google to acquire their latest Twitter-with-geo-location-group-shopping-discount-social-network-with-a-heart over-funded startup.

No wonder so many VCs are floundering. It's like they're the Babushka apparatchik kazakh who cant get out of their own Khozraschet.  The only creative guy in the whole business is Roger McNamee and that's because he's out of his mind. But I digress.

The thing is, to tackle this market requires more out-of-the-box thinking than a lot of VCs are used to.  But it's just a question of opening the Kimono of the Keiretsu zaibatsu approach to a more mobile, nomadic population.  I'm thinking...

C'mon folks.  Work with me here.  Add your own ideas to the comments below.