You may have noticed that there's a new logo on The Yak Whisperer site.  I got rid of that piece of JuNK designed by that nobody Paul Rand. What has he ever done?  Nada. Especially lately.

I can't believe Jobs paid $100,000 for that crappy NeXT logo.  That's like 25 grand a letter.  You never want to pay per letter.  Cuz then the bigger your brand is the more its gonna cost you.  Not the smartest approach, if you ask me.

Still, Steve paid less than the prior Yak management paid Rand for their fancy-pants logo. Honestly, I'm too embarrassed to show the old logo or even talk about what it cost. Adiós and good riddance. Lets just say, I think the original management team was spending way more on hookers and blow, so in the grand scheme of things, its not that big a deal.

I told the board we needed a new logo with cojones. Something better suited to our social networking raison d'etre and that I could get it done for the bargain price of $250,000.  Which come to think of it, that's still $25k a letter.  Whatever.  But its still less than that fugly UK Olympic logo. That monstrosity cost £400,000 frigging English pounds which is like nearly a million real dollars give or take a coupla pints of flat warm beer.  Lord knows, you'd need a few of those if you wrote the check for that turkey.

Plus I got the designers to throw in the tagline treatment free of charge.  So actually, we saved money.

And it was way cheaper than going to Christo to cover the Mongolian steppe region in inflatable pink & blue yaks which was our original idea for a PR stunt.  Christo kept arguing that yaks are from Tibet.  As if.  That guy has such an ego. 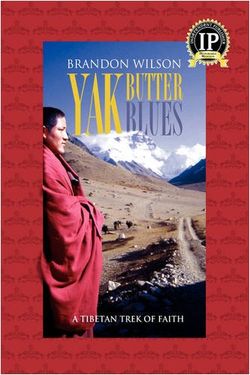 My wife picked up several fine books about Mongolia in preparation for our travels there.  I have read exactly none of them.  She tells me Mongolia is a lot like Tahiti, but I am not so sure.

Here's a list of some books I've seen on Amazon about Mongolia, or in some cases, Tibet:

Ok, some of these don't really exist.

But my wife is a big fan of Frank Lloyd Wright. And if he ever made it to Mongolia, maybe on his way to some fancy hotel design assignment in Tokyo or whatever, and someone got a picture of him with a Yak and wrote a story about it into one of those self-indulgent self-published Samizdats on Amazon, I would certainly buy it for her.  Cuz that's the kind of guy I am. 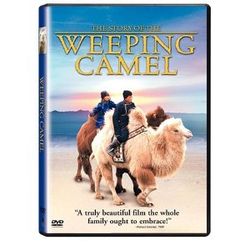 As far as I can tell, my wife has now seen every film that has been set in Mongolia.  Ok, she slept through one or two.  Which after having watched several, is perfectly understandable.

There are two styles of films about Mongolia.  Either it is an avant garde documentary about Ghengis Khan and his ancien régime narrated by Peter Graves (who is actually older than Genghis Kahn and worked with him on Broadway in "Man of La Mancha".)  Or it is a Cinéma vérité film à propos of some nomadic family living deep in the vast Mongolian plains who send their kids to the big city via camel to go buy some decaf coffee for their ailing camel, dog or yak.  In fact, I think it may be the same film just re-cut with different animals and subtitles.  Qui sait?

At any rate, I'm somewhat worried that I don't see any beaches in these films.  In fact, it doesn't look like Tahiti at all. Merde alors!

About The Yak Whisperer 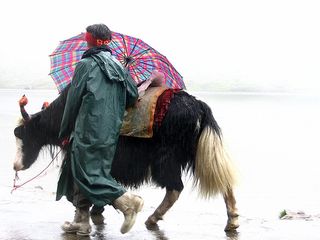 The Yak Whisperer is a journal of my travels to Mongolia.  Or at least it will be when I get there.  Or more likely, when I get back.  You may find some SPOT GPS updates here

I bought the domain name from a failed Kleiner-Perkins productivity-enhancing social-networking unified messaging cloud infrastructure SaaS virtual distributed open source crowdsource system that was, alas, ahead of its time.  Possibly by several centuries.  Despite the obvious nascent demand for the local nomadic culture to increase the size of their online ecosystem, it seems that without access to high-speed broadband, Mongolia's generation Z is going to build their social network by traveling by camel and actually meeting in person.  As if that's scalable.

All I can say is their loss is our gain.

Tune in again tomorrow, won't you?

Or as they say in Mongolia: Namaste, dude.

PS. Feel free to leave comments and suggestions by clicking on the comment label below.